Boys of Bonneville Movie Trailer from Price Museum of Speed on Vimeo.
“Boys of Bonneville: Racing on a Ribbon of Salt” reveals an unsung hero and self-made man who pioneered the Bonneville Salt Flats as the Fastest Place on Earth. More than a century later, many of Ab’s speed and endurance records remain unbroken and the legacy lives on in his custom-built racing car. Looking like something Batman would have owned, the story comes full circle when Ab’s son Marv restores the 12-cylinder, 4800-pound “Mormon Meteor” to its original glory for ceremonial laps on the salt. Featuring Patrick Dempsey as the voice of Ab Jenkins, and interviews with Jay Leno and Col. Andy Green, current land speed record holder. 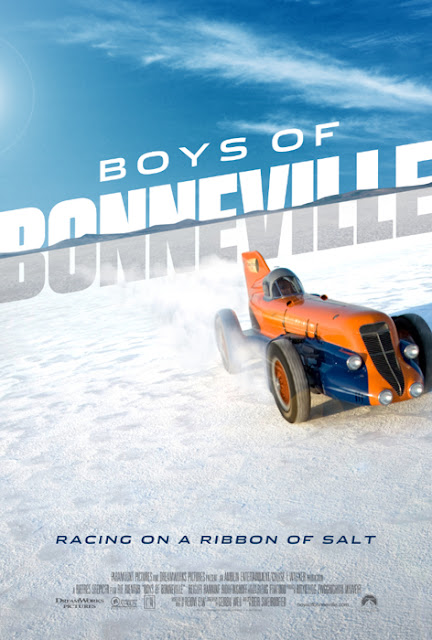